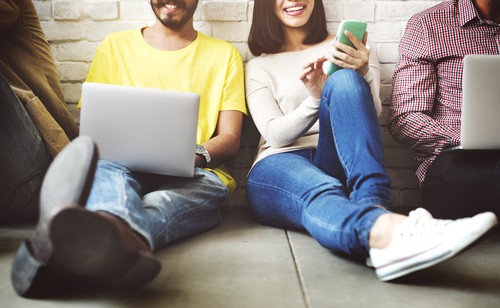 The Rise and Fall Of Social Networks — Who Is Coming Out On Top?

Social media moves quickly, and platforms that were once cool can quickly become abandoned. (Remember MySpace? Or Friendster?) Marketers need to stay on top of which communities are using which social media channels, and not make the mistake of assuming that where their audience was yesterday is the same place they will be tomorrow.

We pulled data from ZQ Now to look at how social media use changed on Facebook, Twitter, Instagram, Pinterest and Snapchat from October 2015 to March 2017. Here’s what we found among our ZQ Intelligence panel.

Active users increasing across all channels

Take your pick: Facebook, Twitter, Instagram, Pinterest and Snapchat all had more active users on their websites and apps in Q1 2017 than they did in Q4 2015. Right now, no channel shows signs of becoming the next social media graveyard.

Not all growth is equal, however. In terms of percentage growth, there were some clear winners and losers.

Facebook leads in total number of active users, but isn’t growing as quickly as other channels 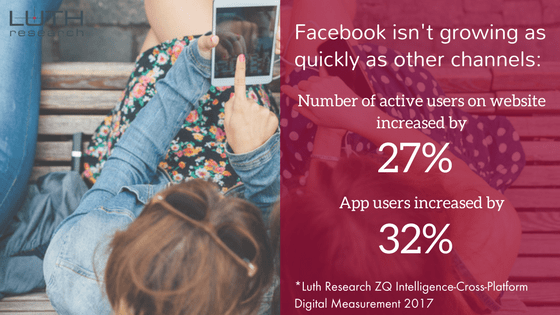 Facebook’s comparatively lackluster growth can probably be attributed to two factors: teenagers aren’t using it, and it has almost completely saturated the millennial and boomer audience. 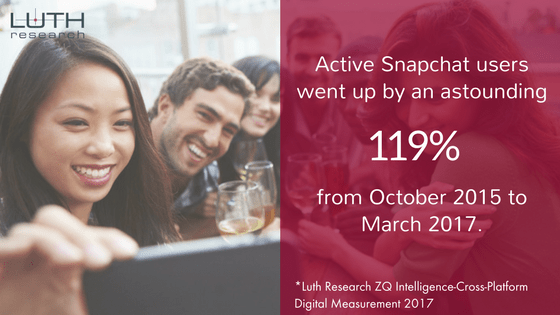 Active Snapchat users went up by an astounding 119% from October 2015 to March 2017. Pinterest didn’t do too shabby, either. Its app users increased by 89%, though its website saw an increase of only 16% in active users. 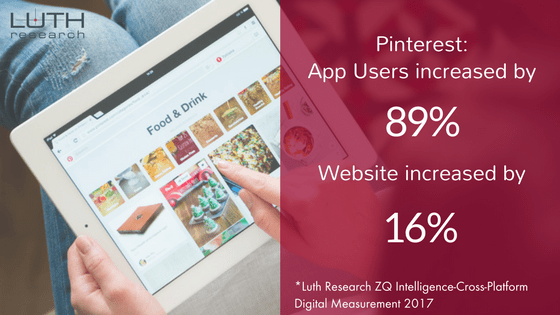 Snapchat’s robust growth is no secret. It still skews relatively young, however, with more than 70% of its active users between the ages of 18 and 34. (Our study did not examine the social media habits of those under 18.)

Twitter’s number of active users are growing — but only if you look at its app. App growth was 45%, while web growth was only 3%. 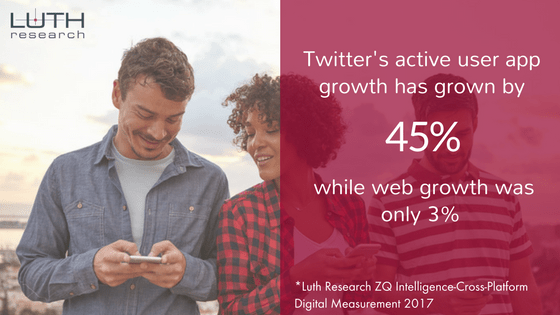 Significantly, the elections seems to have galvanized Twitter users. Its website had 14% more active users at the beginning of this year than it did from October to December 2016, and in that same period, its number of active app users increased by 55%.

It’s been called “the Trump bump.” The president, a prolific Twitter user, is thought to be behind Twitter’s biggest increase in users in two years.

Yet the honeymoon may already be over for Twitter. It lost 2 million users in Q2 of this year, showing it can’t rely solely on the POTUS to maintain its user base.

Tablet use is down across all social media channels

Tablet use just isn’t what it once was. It’s down across all social media channels, and very few people access any social media channel solely using a tablet. Unless targeting a specific audience that are heavy tablet users, it may be time for brands to stop developing tablet apps at all. 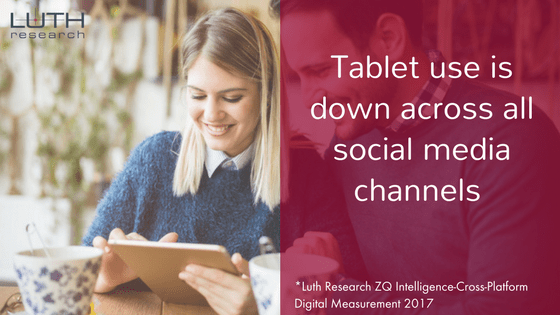 In contrast, mobile phone use is up on nearly every social media channel, showing that a strong mobile website and app remains important.

ZQ Now and our other digital measurement tools can provide you with the information you need to make educated decisions about how to market to your customers. If you have any questions about us and our products, please reach out and contact us today.