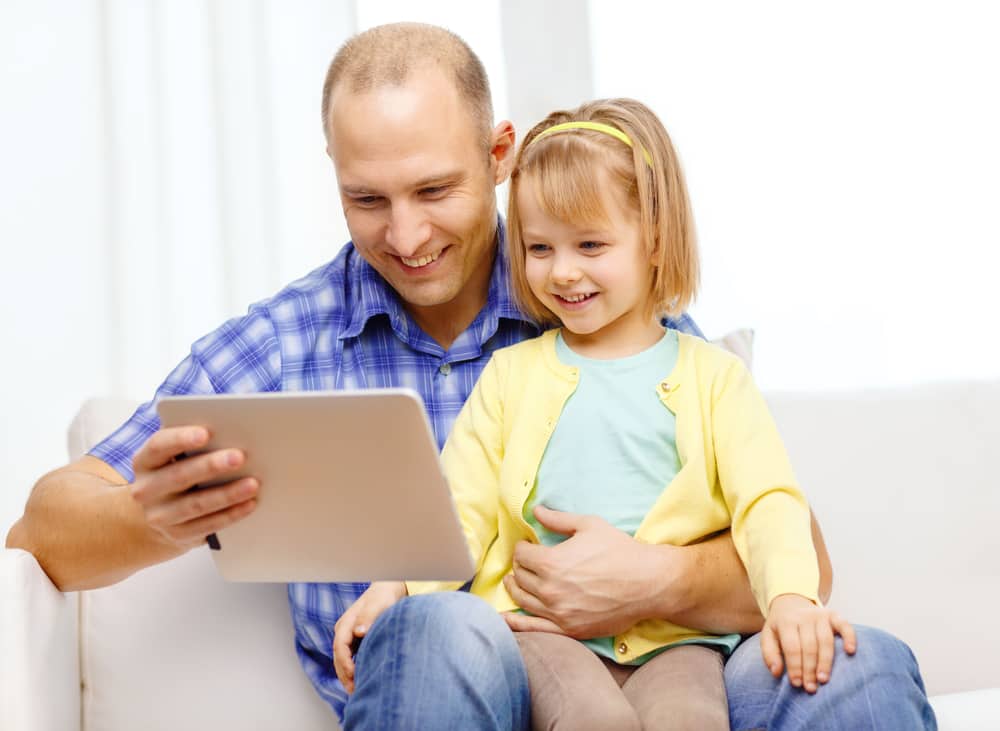 Children and their parents alike are growing more comfortable with child-friendly content hosted in digital spaces. As these videos proliferate across the internet, trends emerge in terms of how and why kids become interested in certain content. Parents play a key role as well; nearly nine in ten children in our study watched online videos with their parents.

Luth Research tracked viewers on YouTube and compiled a deep analysis of the behavior of young children and their parents regarding online and digital video content consumption. Read on for a few highlighted results that will give you insight into how children consume content online.

The large majority of child-related videos watched (75% and above, depending on device used) did not generate from a search term; instead, most child-related videos are discovered by visiting a favorite channel or utilizing “recommended” or “up next” features. Thumbnails and previews should show kids’ favorite characters or titles of shows/films they prefer to encourage clicking. 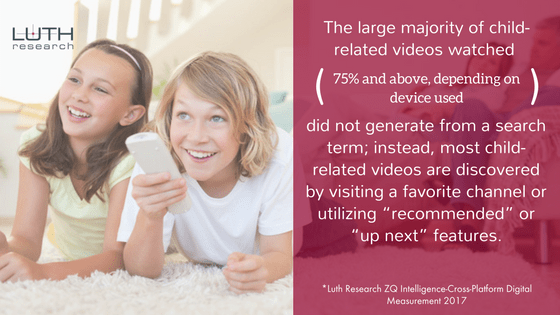 Searches focused on music and musical artists, such as “Wheels on the Bus” or “One Direction,” followed by the titles of popular shows and movie titles, such as Minions. When broken out as a separate category, kids’ shows placed fifth in terms of top search categories, finishing behind video games. In terms of titles viewed by content category, music videos and songs again rated highest (23%), with video games eking out second position (21%), scarcely ahead of show/movie titles (21%) and online personalities with their own video channels (21%). 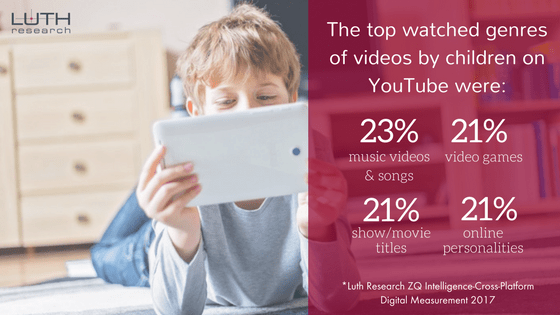 Perhaps counter to popular belief, prevalent kid-friendly brands were rarely used in search terms. Typically, search terms should be geared toward elements that adults would find appealing since children, unlike their parents, do not generally use search tools to find new content.

To attract a child’s interest, familiar characters need to be in the forefront of the video’s screenshot and/or mentioned in the title. Examples of highly rated characters include both television characters and film characters. Kids will often watch entire episodes of kids’ shows or multiple clips of a favorite show.

Parents place the most importance on high-definition videos that are posted by channels they know and trust. They are also most interested in titles of videos that sound educational. Videos with the words “learn” and “learning” in their titles received a greater amount of clicks than those without. Parents are also interested in finding more parent-directed how-to or DIY-style videos. 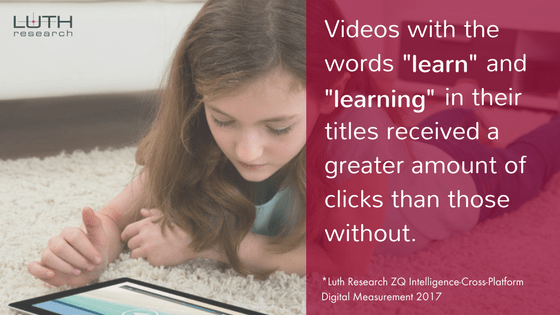 Top individual channels focused most often on video game content. Child-related videos also received a great deal of volume, particularly those geared toward activities and educational content. Toy reviews received a measurable amount of channel views. Most content was viewed at the beginning and the end of the week but not the middle.

Child-friendly videos were viewed most typically on tablets, followed slightly behind by personal computers. Each of those types of devices received more than three times the amount of visits to child-friendly videos, likely owing to the disparity in screen size. Noting that gap, content providers should optimize for larger screen sizes wherever possible.

For one month, Luth Research tracked the digital behaviors of parents and their children, all of whom were aged between two and six. Luth Research administered two surveys: one five-minute online quantitative survey at the midpoint of tracking to analyze search behavior and a final fifteen-minute survey after the cessation of tracking to cover motivations, attitudes and perceptions, appeal, and content discovery.

The data allowed Luth Research to understand better how audiences search for content, use that content, and discover other key sites and applications.

What information about child-related video consumption behavior most surprised you, and why? Let us know in the comments section.