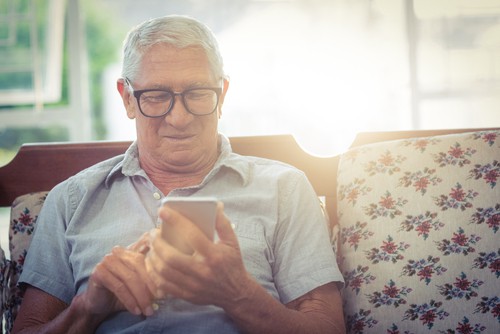 Every age group has its own set of stereotypes. When it comes to seniors and technology, they’re typically portrayed as being late adopters with very little technical knowledge. However, that’s not true of all seniors. Some seniors get it, and they have picked up the nuances of the digital world right alongside the rest of the population. So how can marketers engage this digitally-savvy demographic? Here are some tips.

Don’t Write Them Off

It’s easy to forget about seniors when it comes to digital marketing because they’ve historically been slow to adopt new technologies. That’s changing, and fast. In 2014, Pew Research reported that 59% of seniors — defined as age 65 or older — go online. That rose from 53% in 2012. From 2012 to 2014, the percentage of older adults with a cell phone jumped from 69% to 77%. Clearly, seniors are online. While they’re lagging behind other age groups for adoption, they shouldn’t be ignored.

“Seniors” is a broad group that can be further broken down and classified. Pew Research points out that there are two groups of seniors. The first has a positive view of online platforms with substantial technology assets. These individuals tend to be on the younger side of the age group and are more highly educated. Ninety percent of seniors with a household income of $75,000 or more go online, and 87% with a college degree go online.

The second group is disconnected from the world of digital tools and services. They are typically older, less affluent, and tend to have health problems or a disability. Only 39% of seniors with a household income of less than $30,000 annually go online, and 40% of those who have not attended college go online.

Given this information, digital marketing works well with educated Baby Boomers. If that’s your target demographic, then you’re on the right track by trying to reach them through digital avenues.

Social networking has hit every generation, and seniors are no different. Half of people aged 65 or older use social media, and 59% of these people are on social media daily. Eighty-two percent of Baby Boomers have a social media account, with 71% of them accessing it daily. Facebook is the most popular network among Baby Boomers, followed by Pinterest. Keep in mind, they are interested in entertainment as well as health promotion.

If you want to advertise to seniors online, doing so through news and weather services is your best bet. Sixty-six percent of this age group rank news and weather as their top consumed content. Fox News, Bloomberg, and Weather are popular sites that attract this group. Their online activities are followed by shopping, coupon sites, food information, and games, in that order. Over half of seniors watch online videos, with 82% of that group watching on YouTube. Marketing to digital-savvy seniors online means you must be relevant where they’re spending most of their time.

How will you market to digital-savvy seniors? Track how seniors interact with your specific brand and industry to help guide your marketing strategy.