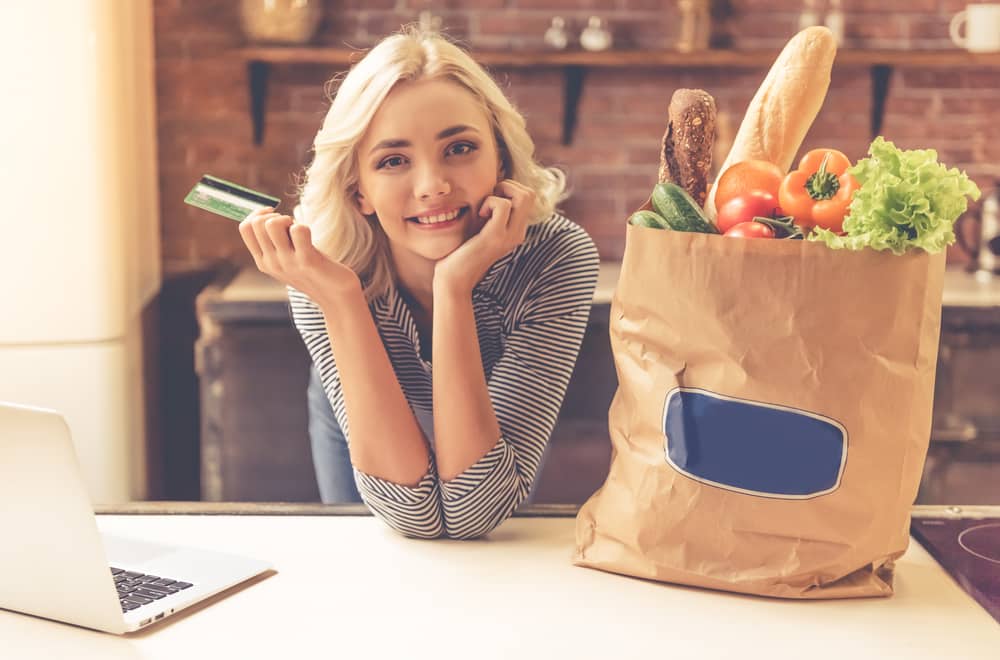 Most of us don’t think twice about hopping online to purchase clothing, games, accessories, and even housewares — but grocery shopping on the web? The concept of filling our refrigerators and pantries with food that’s been shipped to us is still foreign to most consumers.

While purchasing groceries online remains a relatively new phenomenon, it’s one grocery retailers should keep an eye on. E-grocery shopping is expected to grow rapidly, particularly among the ever digitally-centered millennial generation. 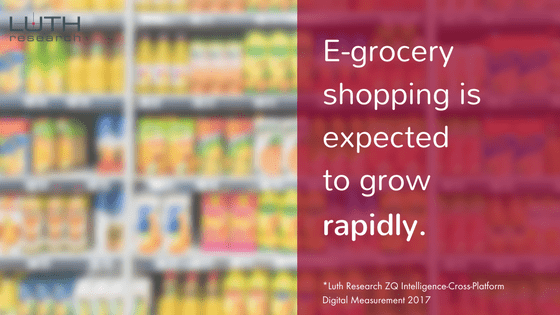 To further understand the intersection between e-commerce and grocery shopping, Luth Research analyzed the traits of hundreds of online shoppers. By tracking which sites users visited both before and after an e-commerce grocery experience, Luth gathered insights about how grocery shopping fits into a typical online experience — insights that will become very handy as more grocery retailers seek ways to market to online consumers.

In general, shoppers are likely to visit a series of grocery-based websites or apps in a row, often in conjunction with sites that administer coupons or special savings. This relationship highlights a key factor in the path to purchase for e-commerce users. Grocery retailers looking to bulk up their online conversions may do well to offer digital coupons and discounts for the budget-savvy audience.

The inverse can also be true, as the vast majority of those who visit coupon sites have first researched specific products on shopping sites, before looking for discounts.

Social media can be a very useful tool for funneling potential customers towards grocery e-commerce. Social media users are highly engaged in visiting websites featuring arts and entertainment, shopping, business, and news — alongside Facebook, Pinterest, et al. The data showed that visitation to and from social media platforms remained strong, in conjunction with coupon and recipe lovers.

Consider the popular sites below for a comparative glance at how consumers use e-commerce grocery options.

Amazon.com comprises two-thirds of all online grocery purchases, and every user (100%) visited at least one other shopping site before visiting Amazon — giving credence to the notion that Amazon is a primary stop for all things commercial. Which specific websites did people browse before landing on Amazon? Brands like Walgreens, Target, Best Buy, and Sears topped the most frequently visited. 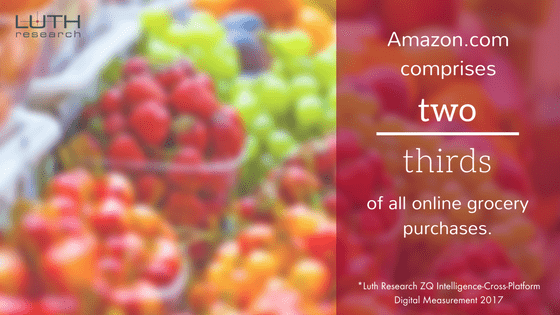 An impressive 97% of all users also visited an entertainment website prior to visiting Amazon’s site — including movie, music, and television websites. This suggests an extremely high level of overlap between e-commerce and digital entertainment. Amazon’s presence as a top purveyor of electronic goods and services likely boosts this connection for consumers.

Narrowing the focus to simply food and beverage websites, Starbucks, Keurig, and Omaha Steaks are among those consistently visited prior to visiting Amazon.

While users may wander around the web before turning to Amazon, the data reveals that their web journeys usually end here. After visiting Amazon, visitation to other sites plummets. Users may check their email, but by and large, Amazon.com is the last stop for most people before purchasing or logging off.

Users on Walmart.com didn’t visit arts and entertainment websites nearly as frequently as Amazon users did. Their top non-shopping sites included email services and search engines — suggesting that Walmart’s online shoppers treat the website as part of their normal routines, and as a go-to stop when looking for particular items. Apart from Amazon, which always tops e-commerce charts, Walmart users also visited Target, TJ Maxx, and CVS’ websites; as well as bargain-hunting staples like Craigslist and Shoplocal.com.

Top visited food and beverage sites for Walmart users included Ben & Jerry’s, Kellogg’s, and Starbucks; as well as other grocery chains, like Safeway and Giant Eagle.

After visiting Walmart.com, users also tend to log off — although not to the same rate as Amazon users. Occasionally, subsequent activity includes visiting Target.com.

Target’s users formed an interesting sub-group, as they often did not visit other sites prior to accessing Target.com. This anomaly is in large part due to the reliance of Target shoppers on the proprietary Cartwheel app for mobile phones; 75% of all Target shoppers bypassed the website to use Cartwheel. Those who did not use Cartwheel visited typical shopping sites — including Amazon, Sam’s Club, and Walgreens — before landing on Target’s website. 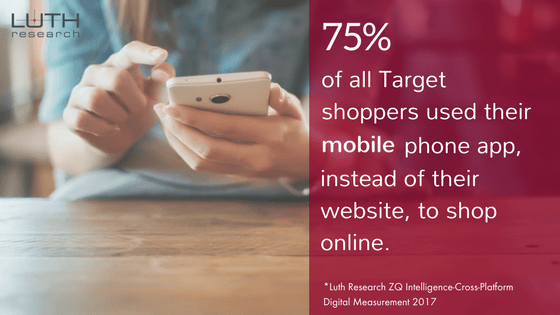 More than any other website analyzed, Target.com had the highest percentage of users end their internet session after finishing their shopping on the site.

While it’s not specifically thought of as an e-commerce website, Allrecipes.com proved enlightening to study, as it offers plenty of relevant resources to online shoppers. Prior to visiting Allrecipes.com, users were most likely to check their email or a search engine — search engines being likely sources to prompt users to explore Allrecipes.com’s vast resources. Unsurprisingly, those same users often visited sites from Food Network and Betty Crocker, as well as sites like Simplyrecipes.com or Yummly.co. These users were often cost-conscious — visiting Coupons.com, for instance, on top of staples like Amazon and Walmart.

Unlike the patrons of Target, Walmart, and Amazon, the Allrecipes.com users stayed online long after their stop on the website — usually to visit more sites, especially online communities via social media. This telling data indicates that recipe websites are not terminal points; on the contrary, they often spur social comment and general shopping activity.

Luth Research based its findings off of 304 total survey respondents who were administered a 15-minute online survey to analyze their shopping behaviors. Respondents were aged 21 to 65 and U.S. residents who purchased at least half of their households’ groceries. Each respondent had either purchased groceries online in the previous six months or had not done so but remained open to purchasing groceries online in the next six months. The inclusion of the latter group is intentional because this cohort is the most likely group to convert to e-commerce.