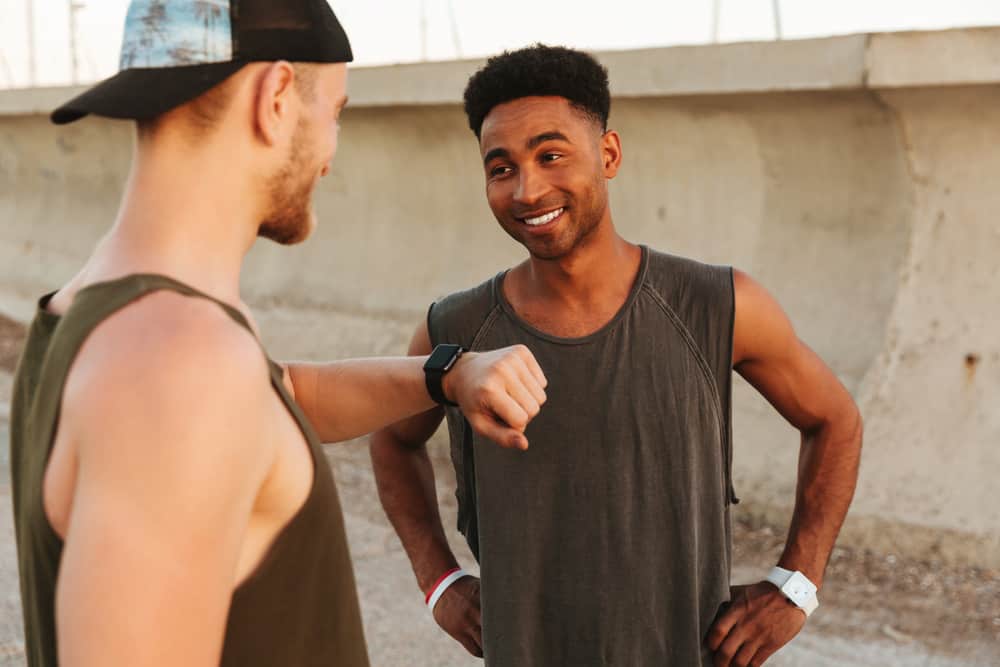 Fitness Testimony: Who Uses Fitness Apps, and Do They Work?

Fitness apps allow users to set personal health goals and automatically track progress toward those goals. Nearly 60% of Americans have downloaded a fitness app onto their smartphones, and the likelihood of having one of these apps increases if the user has a BMI in the obese range. 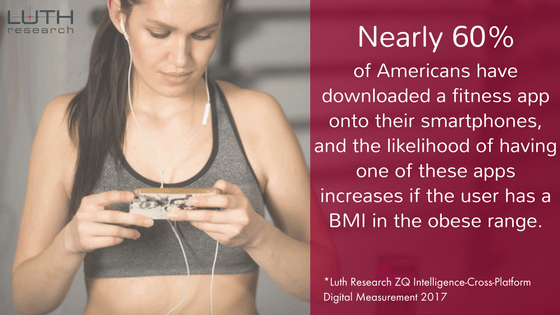 Despite the popularity of these apps — as a greater percentage of the population grows more comfortable with mobile devices — an uncertainty exists as to which apps work best for people and whether these apps truly help maintain personal fitness. To investigate this, we used data from our ZQ Intelligence™ digital tracking to review how users engage with these fitness apps over time, and how engaged they are as users. We examined data surrounding 6 fitness apps and tracked user engagement over 1 year (from July 1st, 2016 to June 30th, 2017). The apps tracked were Fitbit, MyFitnessPal, Nike+ Training Club, Runkeeper, Weight Watchers, and Strava.

Fitbit dominates the fitness app market, controlling more than half the share of all users; their share is greater than the combination of its ten closest competitors, including Nike+, Garmin, Runkeeper, and MapMyRun. Fitbit receives an average 18,200 daily downloads, aided in part by their effective holiday sales pushes around Christmas, Valentine’s Day, Mother’s Day, and Father’s Day, culminating in a community of 8 million unique users online each month. Part of their success is their high engagement rate, possibly due to their wearable IoT device, which shows progress on display screens and circumvents the need to check a smartphone.

Among our ZQ intelligence panel, Fitbit had the highest user base of all of the apps tracked during the period — at one point they had a 162.48% higher engaged user base than the closest competitor, MyFitnessPal.

A Brand for All Seasons

Fitbit isn’t always the most influential fitness app, especially for young Baby Boomers and Millennials, according to our digital data. People over the age of 64 preferred Weight Watchers’ fitness app to any other. There were almost no users in this age group using Nike+. 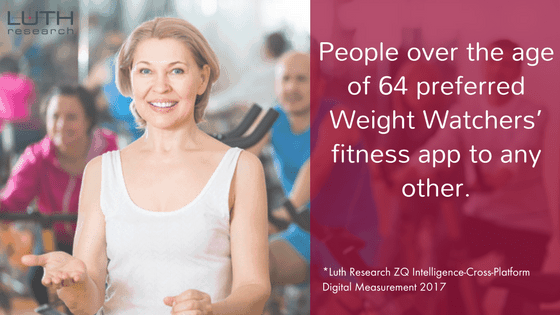 Conversely, people aged 18 to 24 don’t use Weight Watchers very much at all, with only 4.35% of active users tracked engaging with the app. This age group instead trended toward Nike+, with 36% of active users between 18 and 24. This data suggests that those two brands are highly targeting specific demographics. Young Millennials also used Fitbit at a lower proportion than any fitness app tracked (6.29% of active users between 18-24) (other than Weight Watchers), though Fitbit did score highly on its ability to be used on tablets or other mobile, non-smartphone devices. 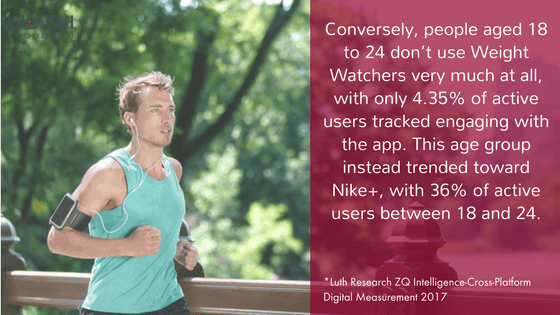 Where Fitbit particularly shines is in its ability to retain users, especially middle-aged users. Where apps like Strava, Nike+, and Runkeeper might be able to initially draw downloads, they each lost more than 50% of those users over the next 9-12 months. For example, Nike lost 60.7% of users during the tracked period. We found that Fitbit users more reliably accessed the app over time, even when accounting for short-term drop-offs in colder months. 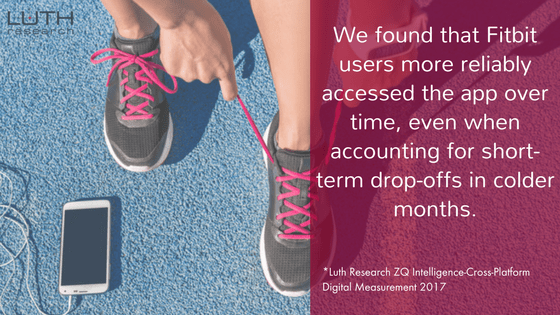 But Can You Keep It Off?

The ease of acquiring fitness apps is one benefit, but do they aid people in reaching fitness benchmarks? According to one five-month study, not particularly: those who used apps found them slightly less useful or necessary for exercise as time progressed. On the contrary, the participants in the study found the apps more difficult to use over time and grew less comfortable with using them. Most strikingly, those who used fitness apps saw no greater change in their overall fitness when compared against those who did not use fitness apps. Furthermore, the influence of their peers, as in the social media component of so many of these apps, had no correlation on levels of exercise or fitness goals.

The majority of fitness apps available focus not on behavioral changes but on exercise performance with feedback and goal-setting (though some of the costlier apps did include behavior change techniques). Nonetheless, by displaying exercise goals in a visual format and tracking metrics over time, users can positively influence their own health behaviors.