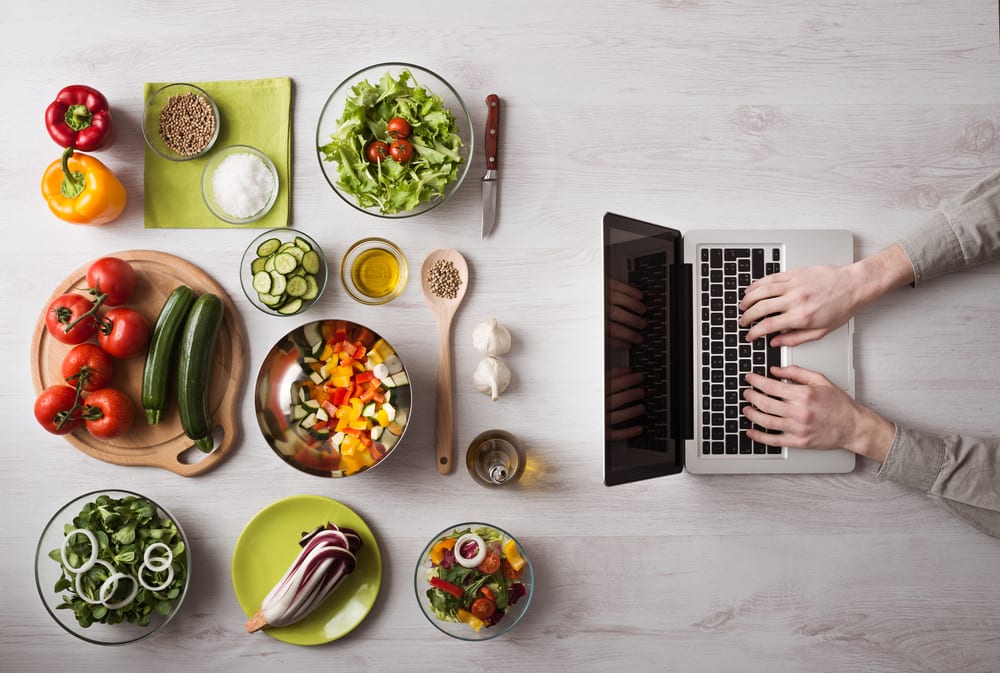 Dot-Com to Table: E-Commerce and Groceries

Of the $600 billion a year in food and beverage sales, under 1% of those sales occur online, but this is expected to shift monumentally in the coming years. Shopping habits are changing, and to complement the predicted increase in consumer demand, tech leaders are finally ready to manage the expensive delivery infrastructure required to bring grocery shopping into the ecommerce space — an obstacle that has previously frustrated their efforts.

Luth Research conducted a survey of over 300 participants to analyze the behavior of a typical consumer interested in purchasing groceries online. Read on to explore the findings on this emerging digital industry.

Fresh Food in a Digital World

Early estimates place online grocery shopping on track to reach $18 billion per year by the end of 2018. The largest disadvantage e-grocers face? The ability to deliver quality fresh food without damage.

Innovation is already sweeping in, helping to curb these consumer fears. Same-day delivery offers a more convenient shopping experience; and added delivery costs are willingly borne by millennials, who don’t have the same reservations about buying food online as the generations before them.

The recent success of subscription-prepared meals, enterprise and bulk grocery sales, and concierge grocery shopping — such as Peapod — demonstrate the power of e-grocery’s disruption. As one might expect, brick-and-mortar grocery stores have already begun to expand their online abilities, in order to keep pace.

The Giants: Amazon, Walmart, and Target

The three leading websites for e-grocery shopping today are (unsurprisingly) already quite popular for online shopping in general. The audiences they attract show interesting distinctions when it comes to how much time they spend shopping, how frequently they make purchases, and more. 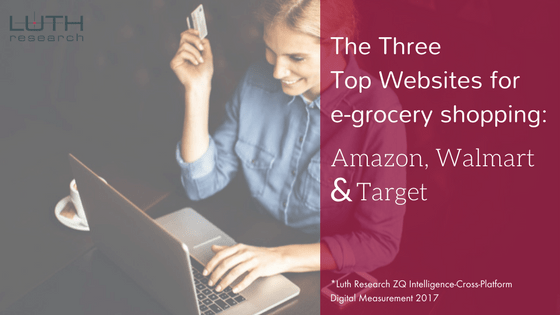 Amazon’s e-grocery consumers shop on a regular basis; the majority (65%) of those who shop online at Amazon do so once a month, or more frequently. Nearly nine in ten users visit individual project pages and utilize the search functionality — the two types of sub-pages where advertising would be most effective. Amazon is currently the king of online grocery shopping, accounting for more than two-thirds of all purchases. Even the shoppers who buy on other sites generally consider Amazon as an option; data shows that 75% of purchasers on all sites visited Amazon.com at least once. 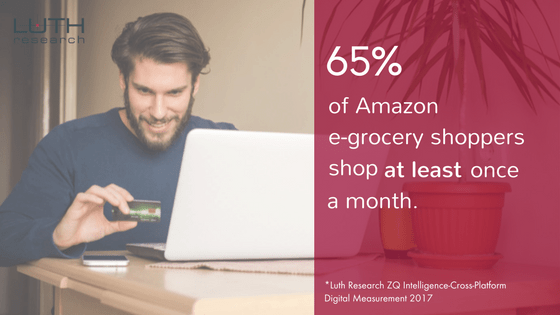 Those who shop at Walmart.com do so even more frequently than Amazon shoppers, with the majority of users purchasing groceries once every two to three weeks. Their shopping habits are more widespread and generic, focusing on food categories and information on the homepage; rather than specific product pages. 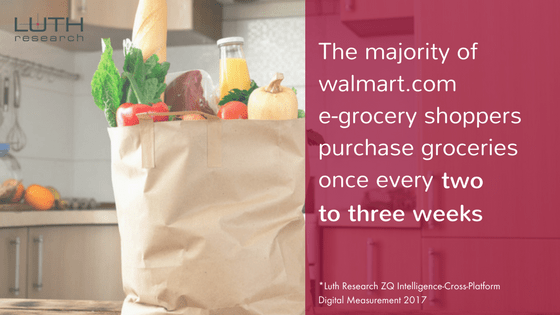 A particularly interesting case study comes from Target’s website visitors. Visitation is highest on the site’s homepage and non-product food categories, and the average time spent on the site exceeds five minutes. For comparison’s sake, the average visitor to Walmart’s website spends about one-and-a-half minutes there. Target.com users are more interested in a leisurely shopping experience, although on the whole, they buy less often (55% of them purchase every one to three months). 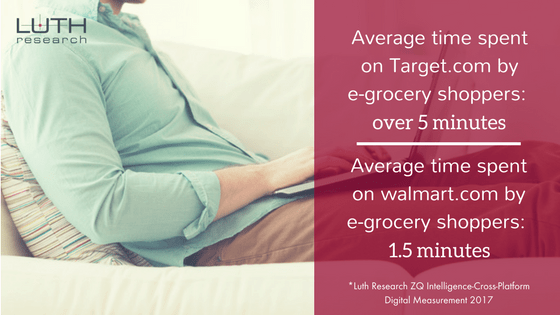 The continued democratization of recipe sharing has gone digital, allowing consumers to pick and choose from a wealth of delicious, convenient, and healthy meals. The overlap between recipe and grocery website users is significant, with similar demographic profiles. The vast majority of visitors to recipe-based sites were female (78%), Caucasian (78%), digitally savvy (51%), and interested in healthy foods (19%). 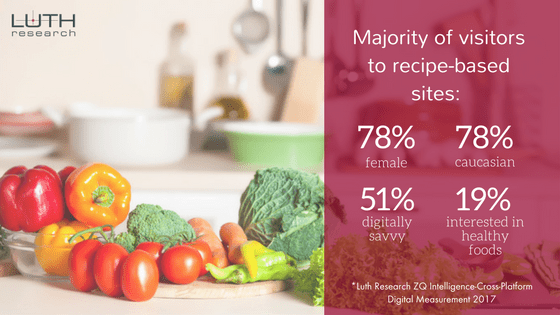 Visitors to AllRecipes.com focus overwhelmingly on the recipes themselves; 95% of all visitors click on at least one recipe. The utility of a recipe-focused website such as this one relies on the frequency and loyalty of its users — the average site visits per week are twice as high as Amazon’s, and four times higher than Walmart’s. Similar numbers are found on the Food Network’s website, with a slightly lower dependence on the search tool, and a higher interest in deals and discounts.

The data revealed that women do more of the grocery shopping, as 59% of all grocery purchasers were female; this percentage was even higher for visitors to Amazon (68%). The majority of purchasers were between 35 and 54 years old, a trend that stayed consistent across most websites — although options like Instacart, Netgrocer, Peapod, and Google Shopping Express attracted a far younger (and more male) demographic.

The users of Amazon, Target, and Walmart all skewed predominately Caucasian. Amazon’s and Target’s audiences had higher household incomes on average (46-47% making $75,000 or more). Walmart’s users typically had an income of $50,000 or less.

Luth Research based its findings off of 304 total survey respondents who were administered a 15-minute online survey to analyze their shopping behaviors. Respondents were aged 21 to 65 and U.S. residents who purchased at least half of their households’ groceries. Each respondent had either purchased groceries online in the previous six months or had not done so but remained open to purchasing groceries online in the next six months. The inclusion of the latter group is intentional because this cohort is the most likely group to convert to e-commerce.