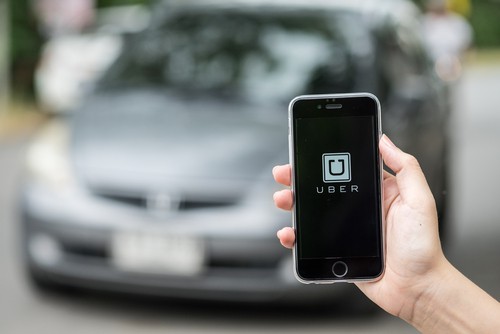 With the rise of ride-share services like Uber, it’s natural for car companies to worry about how this will affect their sales. Turns out, car sales won’t be hurt by the disruptive technology of ride-sharing. Here’s why.

Ride-Share Users are In the Minority

While ride-share is becoming more popular, the fact is that people are still using their own cars to get around. Fifty-seven percent of Americans have never used a ride-share service, and 23% have only used it once or twice. Only 20% are regular or semi-regular users, putting them in the minority. Still, just because they use ride-share services doesn’t mean they’re going to give up their car for it.

Ride-share is not here to replace car ownership. Instead, people are turning to these services instead of taxis and rental cars. Over 75% of people who use ride-share services plan to lease or purchase a new vehicle in the next two years, says a study of 1,900 Americans.

Another recent survey took a look at 1,000 U.S. consumers’ automotive technology use. All participants owned a car and expected to buy one within the next two years. Effectively, that leaves out consumers who don’t have any current impact on car sales. This allowed the researchers to look at how the future of car sales might be impacted by existing customers’ evolving lifestyles. What they found was that consumers’ car-buying behaviors are unlikely to change anytime soon.

Ride-Share Appeals to a Specific Niche

That said, if anyone is likely to replace their vehicle with these services, it’s city dwellers. But will they do this? The research says no. Only 8% of all respondents said ride-share would have a strong or great impact on their next car purchase, but not a single suburbanite in the survey said they would not purchase a car due to ride-share services.

People Prefer Their Own Cars

While ride-share has its advantages, most people still prefer to travel in their own vehicles. Eighty-one percent say they view car ownership as more reliable, 80% said it was safer, and 74% still view it as more convenient. Almost half of Americans say they wouldn’t feel comfortable riding alone in a ride-share.

How Much Will Ride-Share Hurt Car Sales?

It’s reasonable to assume that car sales will be impacted by ride-share in some amount. Reports have shown that over the next five years, car sales will drop about 1% worldwide in response to ride-share growth. It will be even less than that in the U.S., where only 52,000 fewer cars — or 0.3% — will be sold due to ride-sharing.

Knowing this, car companies can capitalize on those few lost sales. How? By investing in ride-share companies. General Motors has already invested $500 million in Lyft and started their own car-share service. Other car companies like Ford and BMW have jumped on this as well. Ride-share’s popularity should be seen as an opportunity for growth for car companies, not a threat on profit.

The key to making these strategic business decisions, though, is having the data to guide them. Now you have a good idea of where the automotive industry is headed and how it will be affected by ride-share as a whole, but how is ride-share projected to affect your specific dealership or brand? How do your consumers feel about purchasing from you in the future? This is the type of data you’ll need in order to build well-informed strategies. Talk to us about ZQ Intelligence to find out how you can get inside the minds of your consumers.